Temple of the Occult 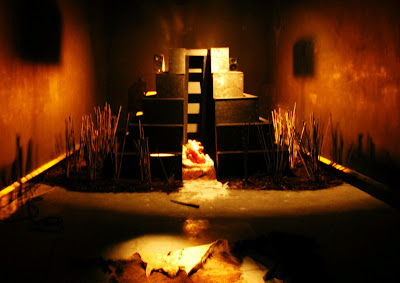 15th- 27th October
Open Weekdays from 9am - 5pm, Weekend viewings by appointment
Temple of the Occult is an installation type curatorial project which aims to explore artwork inspired by occult traditions. The exhibition takes the form of the interior of an imagined temple, becoming an installation made from the work of many artists. The exhibition itself is also a functioning shrine, containing religious truths concealed within its composition. In the Temple of the Occult these veiled truths start to bleed into the fabric of contemporary culture, albeit clothed in allegory and disguised by symbol.
. 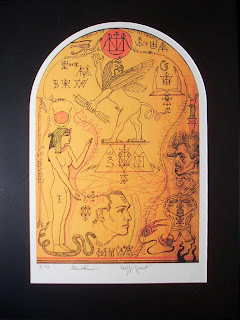 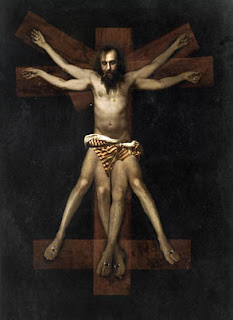 Hector de Gregorio, a contemporary occult artist currently attracting considerable attention, is also represented in the . De Gregorio weaves together themes of piety and cruelty to create images saturated with an intoxicating religious darkness. De Gregorio’s prints reflect the dutiful study of Renaissance religious painting, with photographic collage providing a contemporary reinvigoration to a tradition of which painting was previously the sole preserve. His subjects are often the suffering bodies of extreme performance artists such as Franko B and Lee Adams. These sinister and mysterious contemporary figures flesh out De Gregorio’s archetypal depictions, embodying characters from the mythology of various traditions.


Temple of the Occult runs from 15th to 27th October at The Norman Rea Gallery in York University. It is curated by Robin Spalding, a based installation artist who has previously made similar installation type projects for Shunt and The Institute of Contemporary Art (). For press inquiries please contact Robin Spalding at robin@robinspalding.co.uk.